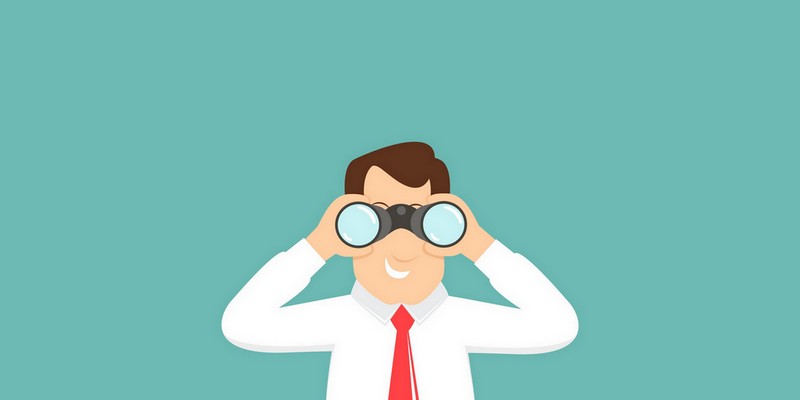 Belated Happy New year to everyone. Last month, Matt Mullenweg held his 10th State Of The Word speech, talking about how WordPress got to where it’s at, and perhaps more importantly, where it’s going in 2016.

In this post, we’re going to take a look at what was shared during that speech, as well as looking some usage trends from the last few years, google trends, some other things and cover what will probably happen with WordPress in the year to come.

From Blog Platform To CMS To App Platform

The difference between using WordPress as a CMS and as an App Platform is that as a CMS, you use it to manage the frontend and backend, whereas as an app platform you would use WordPress to control the backend while showing your own custom app on the frontend.

In 2016, the plan is to include something called the WP REST API into core WordPress, which will make building apps on top of WordPress easier, which is what we’re taking a closer look at next.

For a long time, the way for other sites to interact with WordPress from the outside was limited to XML-RPC, that’s mainly used for ‘pingbacks’ or ‘trackbacks’ in WordPress.

That has changed. The REST API allows people to communicate with the WordPress database (to input or get out content) using simple HTTP commands, the content is output in a different format, JSON, that is easier to work with. (And it’s based on the trending JavaScript.)

What this means is that you can, for example, use WordPress to manage your content and database while arranging your front end with something different, perhaps an app made primarily with JavaScript, Ruby on Rails, or even a mobile app.

From Version 4.4 some parts of the REST API have been included in the WordPress core. And the plan is to include some endpoints in coming versions of WordPress.

If you are worried about this functionality for some reason, it is possible to disable it, but the WordPress team is working on incorporating it into it’s core, which could mean you would need it activated to have a working updated version of WordPress. Knowing this, the WordPress team working on it are taking extra precautions and are checking even more thoroughly for exploits and bugs than they would for any WordPress core code.

Read more about what you can specifically do with the WP REST API.

This post goes more into depth about what a REST API is and how HTTP works.

Another big thing that was released in the tail-end of 2015 was Calypso. A completely new, built-from-scratch interface for WordPress.com that you can also use to manage multiple WordPress.org sites as long as you have jetpack installed.

Calypso comes with a new interface for writing posts/pages (also known as WYSIWIG editor). It looks great and actually resembles the output a great deal more than the old one, similar to Medium’s editor.

One thing that could be problematic with the new “WYSIWIG” editor for posts and pages initially, is that Calypso doesn’t give you access to the media libraries of individual

The ability to manage multiple WordPress sites from one place, along with automatic plugin updates for all sites, made it somewhat of a new competitor for ManageWP, although the folks at ManageWP consider their target audiences, and therefore areas of focus, to be quite different. Which means they don’t consider Calypso a direct competitor in that sense.

We’ll see how they continue to grow and develop side-by-side in 2016.

During the speech, Matt gave WP Developers a ‘homework assignment’ to learn JavaScript. Saying ‘Learn Javascript, deeply.” This point had it’s own slide for emphasis.

Not only was the new WordPress.com admin interface made completely in JavaScript, but as Matt pointed out, many of the the recent updates had to do with JavaScript and not PHP.

This has inspired a lot of WordPress developers to dive into the programming language, Torque Mag to post a huge list of resources for learning JS, and it even inspired former Treehouse WP Teacher Zac Gordon to make a Javascript for WordPress Course. He’s still in the pre-kickstarter-phase though. To read more about the course, or to sign up for notification when it launches, head over to Javascript for WP.

Answering a question about the possibility of JS based theme templates, Matt answered that PHP is a very suitable language for PHP and that and the PHP wouldn’t be going anywhere for a while though you might see a few innovators making pure JS(or other language) themes in the future.

About which JS framework to learn, he answered that it was more about learning JS and learning to use one which would enable you to use any other framework, then jokingly saying at the end that the short answer was React.

So in 2016, look out for more JavaScript based plugins, possibly themes and JS apps that use WordPress for their backend.

Every Plugin/Theme Available In Every Language

Another big project he brought up was that every plugin and theme in the directory is now translatable. If you’re bi or trilingual you can contribute translations to some of your favorite plugins, making them more accessible to people around the world, here.

Automattic acquired WooCommerce in 2015, but there’s yet to be too many significant changes (for example, no integration of woocommerce into JetPack or something along those lines).

Maybe 2016 will be the year that some major changes get introduced.

No longer do you have to worry about theme or plugin, or hard coding, to get responsive images, they were added to the core in 2016.

WordPress as a CMS has been steadily gaining traction and powering a bigger % of the 1 million most visited sites on the net. On the other hand, we see Joomla’s market share has dropped, whereas Drupal has grown a bit, but still maintaining a small market share compared to WordPress (less than 3% vs over 24%+). And if we look at Google Trends, which will show us which CMS there is more buzz going around about, the differences are even more striking. WordPress is clearly more talked about, and it looks like it’s going to stay that way. All in all, there are some very big plans in store for WordPress in 2016, and looking at the trends from the last few years, I don’t foresee a huge drop-off in users anytime soon. Now all that remains to see is how it fares as an app framework!

Here’s to another great year for WordPress (and us users)!